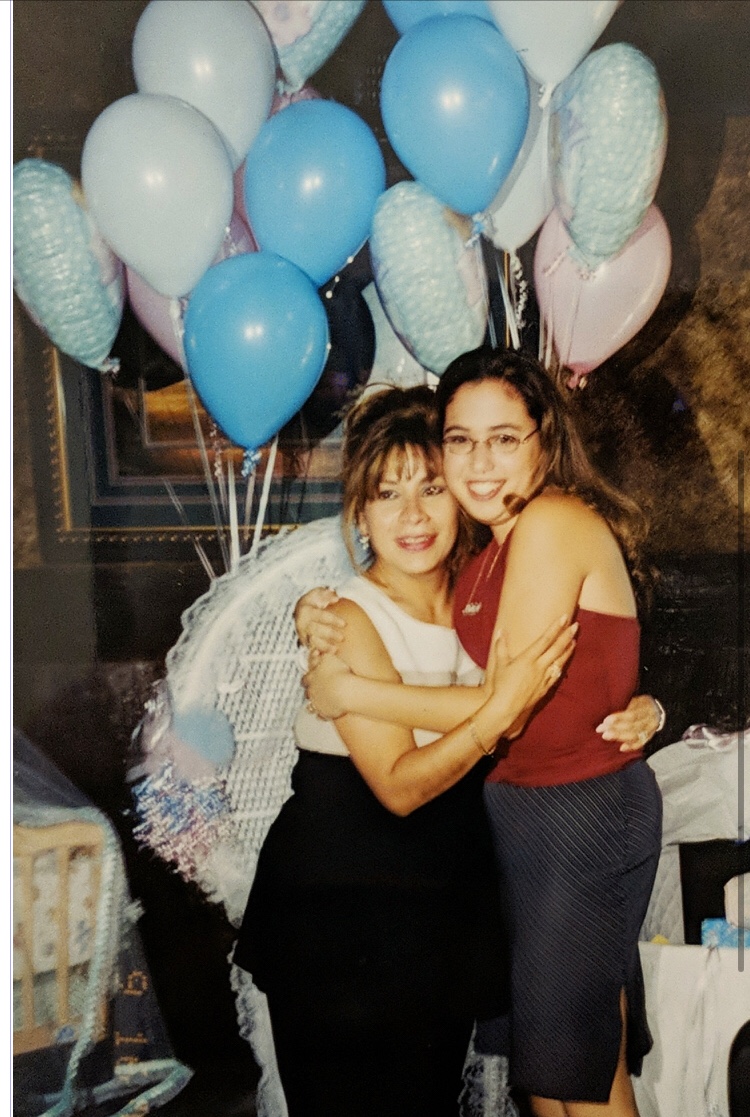 “Grief is a walk alone” a line I read on Facebook on and a line that has stuck with me since I came across it. You see, grief is sometimes invisible and almost everyone you meet is walking with some type of grief. I say this because my grief is invisible, I am a mother who needs to put on a happy face everyday. Inside, in my head I have this inner turmoil and sadness that is deep. I think telling you, my readers, my story will help or maybe it won’t but I need to others to learn that it is SO important to let go of any grudges you have with people because you never know when they will be gone.

February 1, 2019 was a regular Friday night for us. We had just finished eating pizza and my husband was in the kitchen cleaning up and I was on the floor of our playroom with my kids. It was Superbowl weekend and at that moment our biggest problem was where we were going to watch the big game. I had no idea that life was about to take a turn.

At around 8:00pm my mom called and told me that she had received a call stating that my aunt (her sister) had been found unconscious inside of her car. The car was in a parking lot and and the ambulance had taken her to her local hospital where she was then airlifted to the nearest trauma center which was about 25 minutes from where we live.

I told my mom I would go pick her up to go to the hospital. I hung up, got dressed, picked up my mom and grandfather and off we went. I don’t know what I thought on the way to the hospital but I half expected to get into the Emergency Room and see my aunt awake and laughing off this incident.

Once we arrived we checked in with security and we were escorted though what seemed like the longest ER hallway ever. When we got to the room my aunt was in the nurse stopped and wouldn’t let us in. That’s when I knew something was wrong..he went on to explain the things we already knew about where she was found but that she had a “little” blood on her brain and that at the moment she was going to be taken by ambulance to another local hospital where a brain surgery team was waiting for her.  We walked into the room and the memory of seeing my aunt on a ventilator and unconscious will stay in my memory forever.

When surgery was finished, the surgeon explained that the “little” blood was in fact a grade 5 brain aneurysm, he went on to explain that this is the worst type of brain aneurysm and that the next 3 days would be critical. He explained that there was still blood flow to her brain but that the end result could be brain death. We were in shock and stunned into silence. A few minutes later a knock on the waiting room door startled us and the surgeon indicated that my aunt was on the other side of that door and that we could say hello to her. We opened it and we saw my aunt, half shaved head, blood matted hair, with the nurse teams pumping an air balloon to allow her to breath. Again, shocking and heartbreaking.

What followed after was weeks and months of recovery. Truth is, the surgeon was right and the brain damage was extensive. My aunt spent 30 days in the Neuro ICU and was then transferred to a rehab center. Eventually, she was sent home, unable to walk, with only some of her memories intact, and a shadow of the woman she was before. My aunt was a woman who didn’t take out the garbage without putting on makeup so to see her in the state she was in was so upsetting and sad. But she was alive and at that point it was all that mattered.

Fast forward to May 16, 2019, my father called me at 6:00AM and told me that my aunt went into cardiac arrest  at home and that it did not  look good. She was rushed to her local hospital (Not a trauma center) and we rushed over there. The hospital was over an hour away and we rode in stunned silence the whole way. The doctor’s were harsh but they told the truth, my aunt was not doing well, another brain aneurysm had burst, her brain was filled with blood and it was bad. The brain surgeon at the nearest trauma center wouldn’t even see her, they said she wouldn’t survive the ambulance ride  and she would die during any surgical interventions.

Her husband made the decision to withdraw life support and on May 17, 2019,  my aunt passed away.

I didn’t know quite how to deal with her loss for a variety of reasons. First, it was unexpected and two, while we were very close when I was younger; for reasons of her own she had drifted  from the nucleus of our family. We no longer talked often (as we once had) and she really only had contact with her sisters and my grandfather. She no longer contacted her nieces and nephews (my cousins and I) and we weren’t quite sure why. I think this is what has upset me the most. While we made peace when she recovered a bit  and  could talk again, her  memories were fleeting. She remembered my son but not my daughter, she knew I was married, but then she would talk about my grandmother who had been dead since 2013. I like to think she knew we loved her so much but I wish I would have told her when she was 100% okay, not when she was recovering from a brain injury.

Give the hug, make the call, say “I Love You” but more importantly if someone isn’t talking to you, ask them “why”? Don’t have all these lingering questions. Even though my aunt survived her initial aneurysm, I never got to have a real conversation with her because I wasn’t sure if she was all there. So I write this because if you can learn something from reading my story is that you shouldn’t wait to talk to the people you love. Do it now. If this story can make even one person make the first move and pick up the phone so a loved one they are not talking too, then this story has served its purpose. 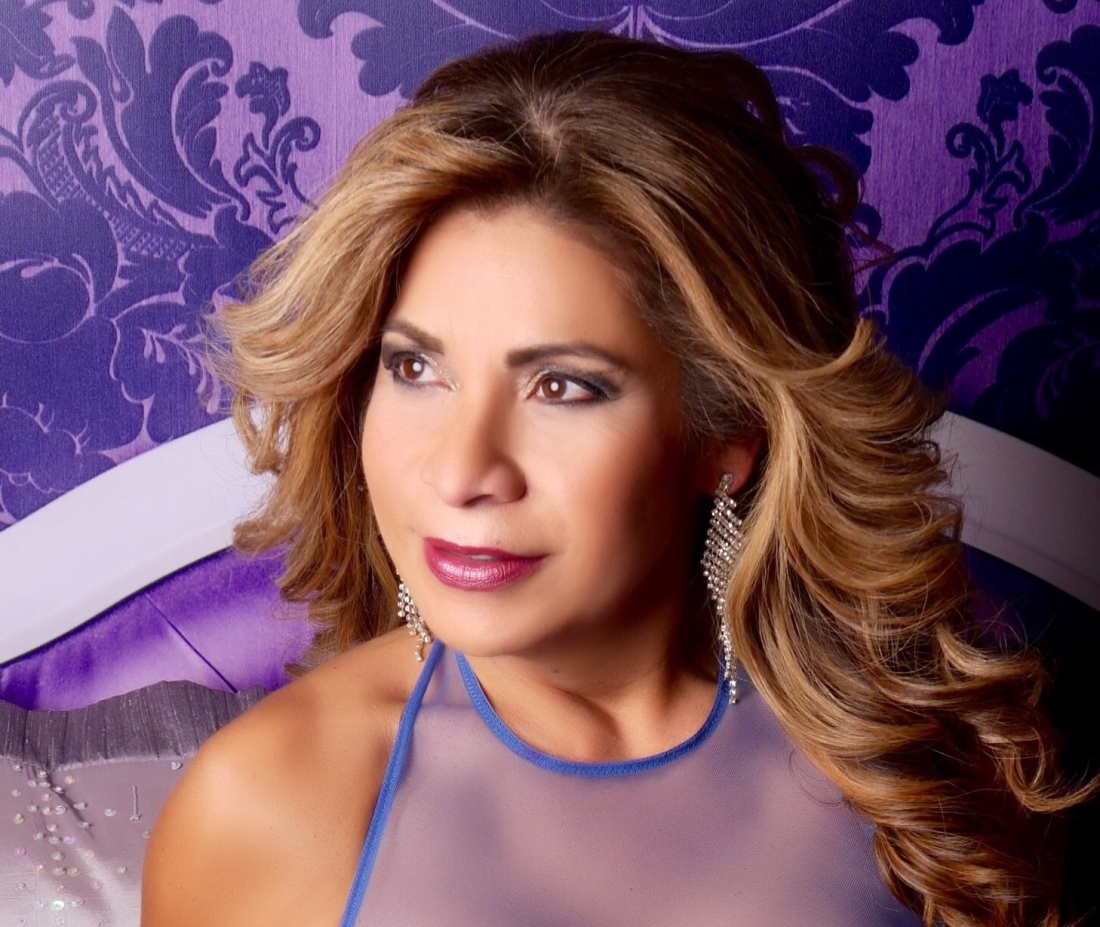 View all posts by michi1112